One of the few things I hate-the birds. They make the most awful noise at about 5am.
That's right. I am in Sydney. I've been here just a little over a month and I love it! I never want to leave. It's beautiful. There are tons of things to do. The people are fantastic. And there is water all around. It's heaven. How have I just now gotten to know the place? I should have been here my entire life. I've fallen in love-hard.

So that is the big issue on the agenda these days: finding a way I can stay (legally). I am sure I will do it, because where there is a will, there is a way, but I image it will be tough going. At the moment, I am looking for a job which will sponsor me. Hopefully I find one soon.
Posted by Unknown at 10:18 PM No comments:


I've moved, not in the blog-o-sphere but physically, which is why I've been so quite in recent months. Can anyone guess where? I imagine the picture is a dead giveaway. Anyway, I am happier than I have ever been here and hope to start blogging again on a regular basis. Hope you'll continue reading!
Posted by Unknown at 1:54 PM 5 comments:

We are obviously not going to have a Spring this year in Paris. Fortunately for me, I spend the one week of nice weather playing tour guide and got to really enjoy the weather. I love flowers and gardens, so being out and about in Paris during this one week of sunshine was wonderful. Lucky for me, we also went to Giverny. If you come to Paris, I definitely recommend you make the trip to this tiny town where Monet painted many of his most famous canvases. It is well worth the trip! For those of you who have never been, here is some of what you are missing. 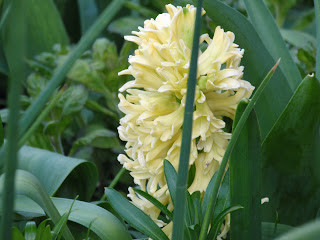 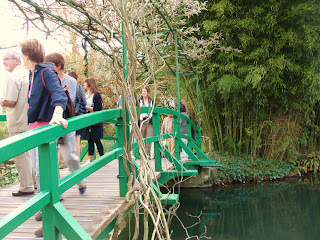 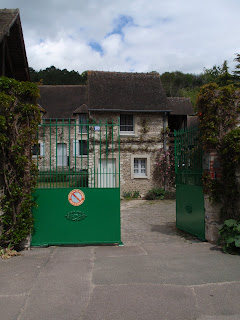 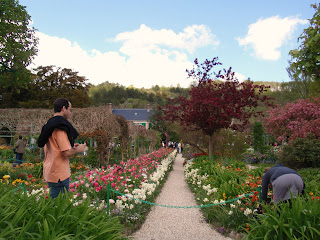 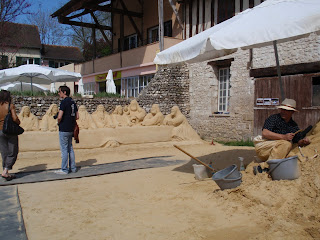 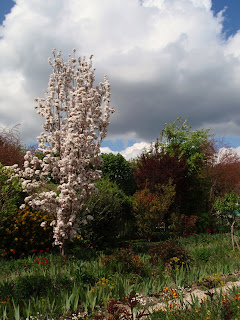 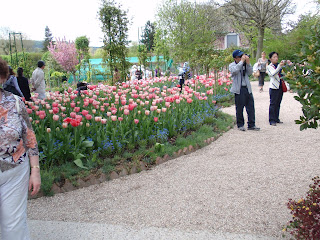 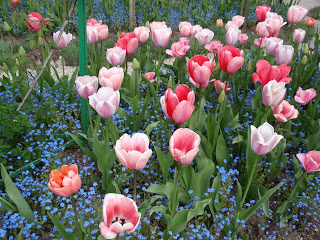 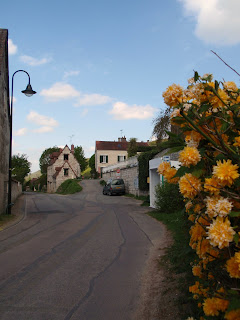 This week started with a bang! Monday afternoon instead of leaving the office via the lobby, I had exit by the roof. Why? Well because there was a grève chez Otis and the elevators and stairwells were blocked by employees demanding more money.

For those of you who know France, the grève or strike, demonstration, manifestation is a pretty common occurrence. I imagine that if you spend a week in the capital, you will see at least one. Striking is a way a life in France, almost as common as the baguette, wine or cheese.

I remember one time complaining to a colleague about the amount of strikes here and being especially confused because French workers have it so good. They get at least five weeks paid holiday, are almost always guaranteed to keep their job and if they do happen to become unemployed, have a fantastic social system as a means of support during the interim. My colleague kindly explained that these were the precise reasons why her co-patriots organized so many strikes-to keep the norm from changing, to keep from losing the benefits and to show businesses how much damage non-working employees can cause.

But I don't want to comment on this social custom because it exists and nothing I say, feel or do will or could change it, so I will just get back to my most recent up-close and personal experience.

The technicians at Otis decided that a 1% cost of living increase was not enough (in defense of the powers that be at Otis, no technician jobs were cut and everyone got an increase whereas many companies laid-off several employees and/or did not provide any cost of living increase) so they decided to strike. They began at 9:30, blocked the elevators and stairwells (incredible fire hazard, right?!) and would not let the office employees walk the hallways, leave the building, go in between floors, go to the lunch, smoke a cigarette, etc for two days.

Me being me, I basically ignored the creepy guys milling the hallways and entered the stairwell at about 11a.m. in order to go from the 5th floor to the 6th. I was instantly yelled at by a pompier (fireman) and was told I would have to remain in the stairwell because it was too dangerous to change floors. I just looked at the guy, said in English, "I have no idea what you are talking about. I am American and I have an appointment on the 6th floor." Either from exasperation or incomprehension, the pompier banged on the door and demanded that the technicians open the door (yes, they were blocking the doors) so a non-Otis employee could exit the stairwell. Scary incidence #1 dealt with.

After I was finished with my lessons (around 2:30), I had to leave as I had another appointment. I exited via the stairwell and tried to go down the stairs and again a pompier stopped me and told me I was stupid to try to leave, that I was in grave danger of being physically attacked if I tried to leave the building through the lobby, blah, blah, blah. I am not proud to say it, but I pulled the hysterical American card, told him, I didn't speak French, that I demanded to be released, as an American I refused to be held against my will, and other such sentences along that line. And guess what. It worked. Dude promptly said, "Okay, we will leave on the roof like Spiderman." He took me up to the rooftop exit, did the whole peeking around corners, used really exaggerated hand signals for stop and go and wait (because the strikers had been up to the roof and he was afraid we might run into some stragglers), walked me to the next building over, down to the parking garage, welcomed me to France, wished me luck and left me to figure a way out of the garage by foot.

I wish I could say the rest of the week was as exciting, but it really wasn't.

Here's a link of the strike in the lobby. There were many more people outside.
Posted by Unknown at 9:19 AM 6 comments: